Clinical Efficacy of Biofeedback Therapy – Efficacious for anxiety, panic attacks, depression and agoraphobia. Also significant decreases in the STAI and drops in the Psychosomatic Symptom Checklist including chronic pain.

CLINICAL STUDIES
a. In a comparison with a no-treatment control group, alternative treatment group, or sham (placebo) control utilizing randomized assignment, the investigational treatment is shown to be statistically significantly superior to the control condition, or the investigational treatment is equivalent to a
treatment of established efficacy in a study with sufficient power to detect moderate differences,
and
b. The studies have been conducted with a population treated for a specific problem, for whom inclusion criteria are delineated in a reliable, operationally defined manner, and
c. The study used valid and clearly specified outcome measures related to the problem being treated, and
d. The data are subjected to appropriate data analysis, and
e. The diagnostic and treatment variables and procedures are clearly defined in a manner that permits replication of the study by independent researchers, and f. The superiority or equivalence of the investigational treatment has been shown in at least two independent research settings. 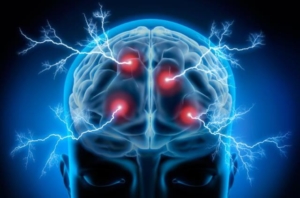 A few well-controlled, randomized studies have shown biofeedback to be equivalent to other relaxation and self-control methods for reducing anxiety while it is occasionally shown to be superior to another intervention. Most show biofeedback (EMG, GSR, thermal, or neurofeedback) to be roughly equivalent to progressive relaxation or meditation.

Lehrer, Carr, Sargunaraj, and Woolfolk (1994) evaluated the hypothesis that biofeedback is most effective when applied in the same modality as the disorder (autonomic feedback for ANS disorders, EMG feedback for muscular disorders, etc.).

Wenck, Leu, and D’Amato (1996) trained 150 seventh- and eighth-graders with thermal and EMG feedback and found significant reduction in state and trait anxiety.

Rice, Blanchard, and Purcell (1993) studied reduction in generalized anxiety by comparing groups given EMG frontal feedback, EEG alpha-increase feedback, and EEG alpha-decrease feedback to two control conditions (a pseudo-meditation condition and a wait-list control). All treatment groups had comparable and significant decreases in the STAI and drops in the Psychosomatic Symptom Checklist.

The alpha-increasing biofeedback condition produced one effect not found with the other treatment conditions: a reduction in heart-rate reactivity to stressors. Similar results were obtained by Sarkar, Rathee, and Neera (1999), who compared the generalized anxiety disorder response to pharmacotherapy and to biofeedback; the two treatments had similar effects on symptom reduction.

Hawkins, Doell, Lindseth, Jeffers, and Skaggs (1980) concluded, from a study with 40 hospitalized schizophrenics, that thermal biofeedback and relaxation instructions had an equivalent effect on anxiety reduction.

In a recent case study, Hammond (2003) reported on two cases using EEG biofeedback for OCD. Clinically significant improvements for both participants were reported. In a single case study (Goodwin & Montgomery, 2006) of a 39-year-old male with panic disorder and agoraphobia, electrodermal biofeedback was combined with CBT, graded exposure. They reported a complete cessation of panic attacks, a remission of agoraphobia, and a clinically significant reduction in depression. 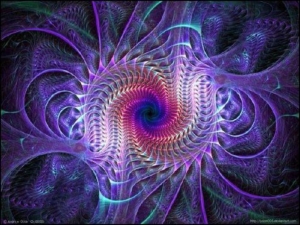 In a study by Gordon, Staples, Blyta, and Bytyqi (2004) a total of 139 PTSD postwar high school students were provided a six-week program of biofeedback, meditation, drawings, autogenics, guided imagery, genograms, and breathing techniques. No control group was used, but they reported a significant reduction immediately after treatment and at follow up.

In a two-treatment group comparison study (n=50) of anxiety in individuals with chronic pain, Corrado, Gottlieb, and Abdelhamid (2003) reported a significant improvement in anxiety and somatic complaints in the group that received biofeedback of finger temperature increase and muscle tension reduction when compared to a pain education group.

In an RCT study of 87 participants, Bont, Castilla, and Maranon (2004) presented the outcome of three intervention programs applied to fear of flying: a reattributional training-based program, a mixed-exposure procedure, and finally a biofeedback training program in order to change psychophysiological responses. A fourth group of wait-list controls were also assessed. They found a significant reduction in anxiety for the treatment groups when compared to the control group of no treatment.

In another RCT study of imipramine and imipramine plus biofeedback, Coy, Cardenas, Cabrera, Zirot, and Claros (2005). Found the biofeedback group plus medication (n=18) was significantly improved compared to the medication-only group (n=14). From a group of 312 high school students in Shanghai, Dong and Bao (2005) recruited 70 students who met criteria for high levels of anxiety and assigned 35 students to a group who were treated with biofeedback and 35 to a group of no-treatment controls. They reported a significant improvement in anxiety, somatization, and depression in the treatment group when compared to the controls.

In conclusion, biofeedback of various modalities is effective for anxiety reduction. It is often found to compare favorably with other behavioral techniques and occasionally found to be superior to those and medication alone.